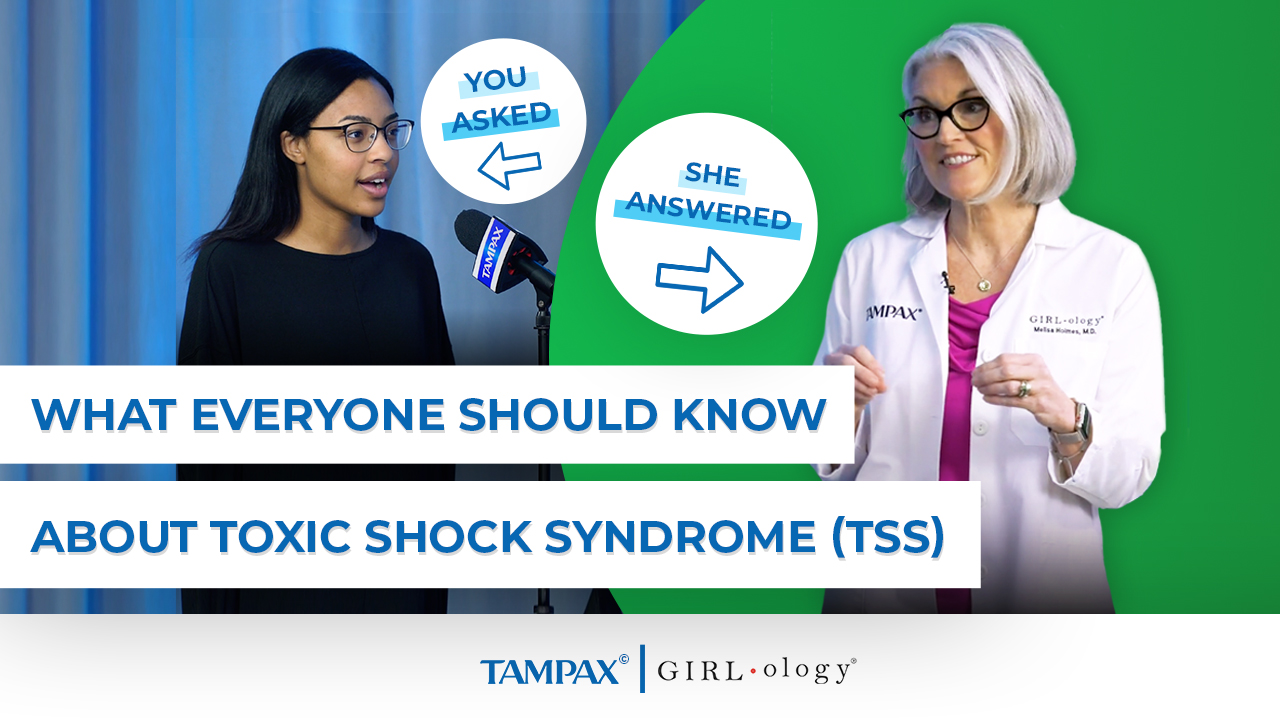 When I talk about tampons in my gynecology practice, I find some patients are terrified of Toxic Shock Syndrome (TSS), while others have never even heard of it. Toxic Shock Syndrome is serious, so it’s important to understand, but there’s no need to panic. Let’s get to the facts so you can know and share the truth!

What is Toxic Shock Syndrome (TSS)?

Toxic Shock Syndrome, also known as TSS, is a rare, but serious infection that is caused by a specific strain of Staphylococcus aureus bacteria. Interestingly, these bacteria are commonly found on the skin, in the nose, armpits, and vagina without causing any problems. However, under certain circumstances, especially when the body has not developed immunity to this strain of bacteria, it can grow out of control and release a toxin, which is like a poison. The toxin enters the blood stream and can rapidly cause a severe illness that affects the entire body (shock).

Toxic Shock Syndrome is not caused by tampons.

Toxic Shock Syndrome is caused by bacteria, not tampons, specifically Staphylococcus aureus. In the 1980s, TSS became more well-known because it was associated with highly absorbent tampons (those highly absorbent tampons were quickly taken off the market). However, tampons aren’t required for TSS. You can get it while using pads or menstrual cups, or no period protection at all. Anyone can get TSS. Even men and children can get TSS, and only about half of TSS infections are related to menstruation. Some other ways people develop TSS include insect bites, skin infections, or surgery.

Although TSS is serious, it’s very treatable – especially when treated early. One of the biggest mistakes people make about their health is ignoring symptoms and waiting too long to seek medical attention. Early treatment is especially important for TSS. If you have any concern that you might have TSS while using a tampon, you should remove your tampon, get immediate medical attention, and tell the healthcare provider that you’re worried you might have TSS.

TSS can feel a lot like the flu, and symptoms can vary from person to person, but most commonly, the symptoms of TSS are:

If you are using a tampon, and feel very ill with some of the symptoms above, it’s important to remove your tampon right away, get immediate medical attention, and tell the person you’re with or the healthcare provider you’re worried about Toxic Shock Syndrome.

TSS is rare, but you can reduce your risk even more by following a few recommendations:

Will organic tampons reduce my risk of TSS?

Nope. What you use is a personal choice, but the risk of getting Toxic Shock Syndrome is the same for organic or non-organic tampons and it’s also the same for cotton, rayon, or a blend of the two. The only difference in tampons that can increase the risk for TSS is the absorbency. A higher absorbency tampon can increase the risk for TSS. A lower absorbency can have a lower risk. That’s why you should always use the lowest absorbency tampon that will control your flow – and it doesn’t matter if it’s organic or conventional.

Is it possible to get TSS more than once?

Unfortunately, yes. If you’ve had tampon-related Toxic Shock Syndrome in the past, you should consult with your doctor before using tampons. Most doctors recommend no tampon use if you’ve had TSS before.

How long can I wear a tampon safely and not get TSS?

There’s no exact answer for this one, but there are recommendations. The United States FDA (Food and Drug Administration) which regulates tampons, states you should never wear a tampon more than eight hours for hygiene purposes. Most gynecologists also recommend you change your tampon every 4-8 hours for vaginal health reasons. We know that the risk of TSS increases with absorbency, and there is no precise time limit supported by research. It’s always healthiest and safest to use the smallest tampon that will manage your flow and change them regularly.

I know that was a lot of information about Toxic Shock Syndrome, so here’s a quick review:

Now that you have the facts, you don’t need to be afraid. Tampax responsibly!

How to Decide Between Pads and Tampons

Need help deciding between tampons vs pads. Use this guide to compare the pros and cons and find out the best protection for your period.

How Long Can you Leave a Tampon In?

Wondering how long you can keep a tampon in before you need to change it? Or if you can wear it overnight? We've got answers and resources.

Which Tampon Sizes Do you Need? Know Your Flow

Is your period normal or irregular? light or heavy? What tampon size should you get? Know your flow and what it means for your health and period protection.

MORE DETAILS
article
What Everyone Should Know about Toxic Shock Syndrome (TSS)
Toxic Shock Syndrome is a serious illness that can impact anyone. Learn the causes, symptoms, and treatment options. Get tips for preventing TSS.
/en-us/period-health/toxic-shock-syndrome-causes-treatment/
https://images.ctfassets.net/xzpusfk4t9vc/4y37bNg00D0bZPpqcvPFGY/4d0651f13b90296049cc8f34d5eb9bdb/Tampax-US-EN_img_thumbnail_tss.jpg?w=1920
en-US 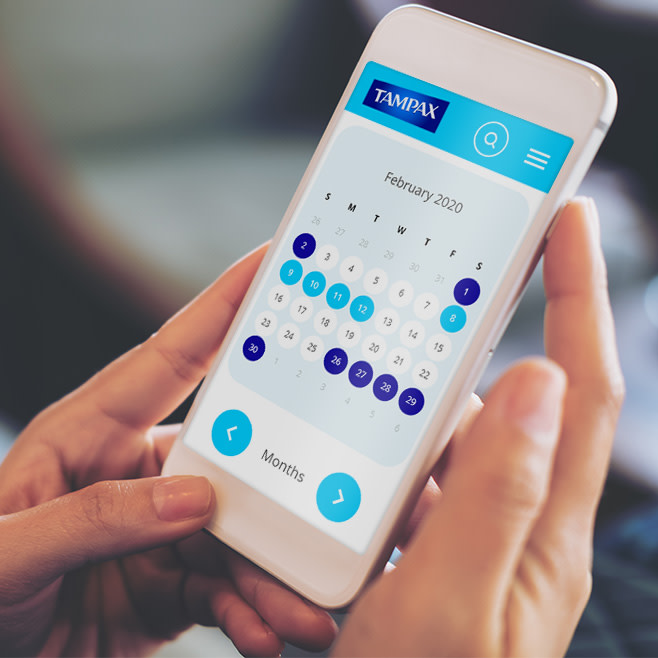 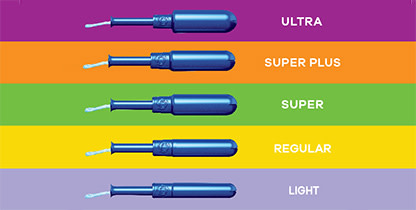 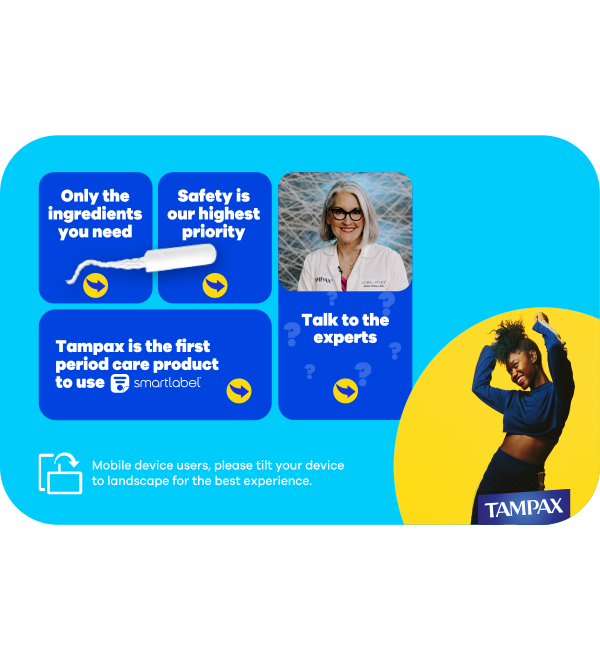